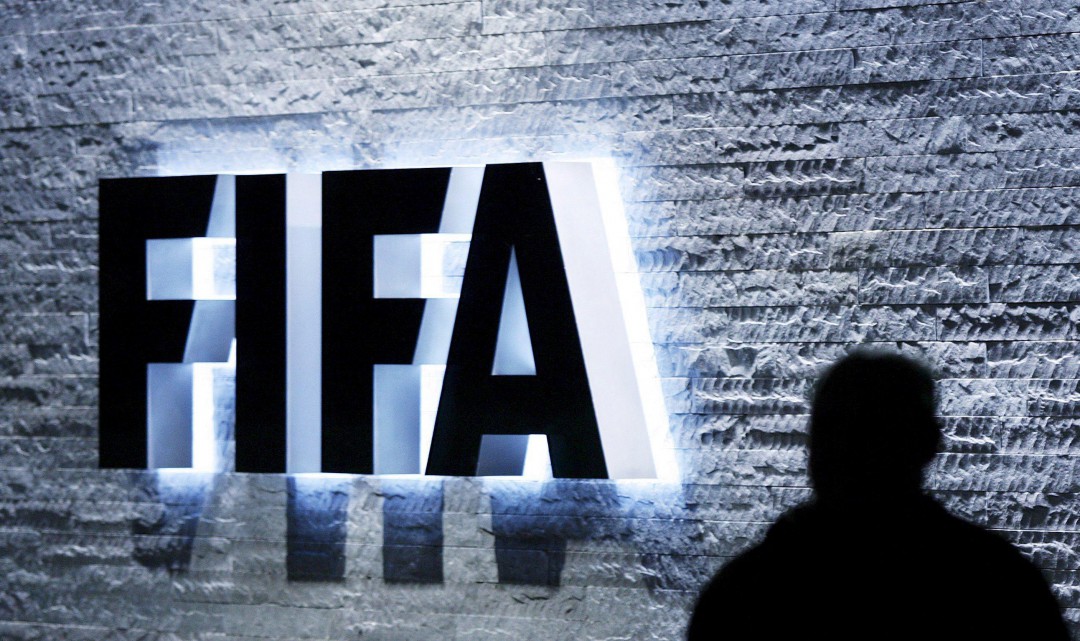 Calling the Shots: The FIFA Crisis Part 2 – A New Beginning

This latest article marks the 20th publication of my series Calling The Shots and I would like to thank all of my readers for their continuous support. I look forward to reaching the 30th publication milestone in my exploration of the Sports Management industry and its various topics. I feel honored to have been given the opportunity to share my passion for sports and provide my readers a detailed insight on the industry I aspire to work in. Once again, thank you for the endless support that I have received since Calling The Shots published its first article five months ago.
– Evan Planchon

Five months after the corruption crisis that saw FIFA’s reputation disappear in the tarnished shadows of former leader Sepp Blatter, a promising new president has been elected by the world of football to restore FIFA’s image and purpose for “the beautiful game”.

Swiss national Gianni Infantino is the newly appointed FIFA president that will lead the extensive restructuring process required to clean up the organization’s reputation and focus FIFA’s self-interest onto what matters most: the game of football… and nothing else. 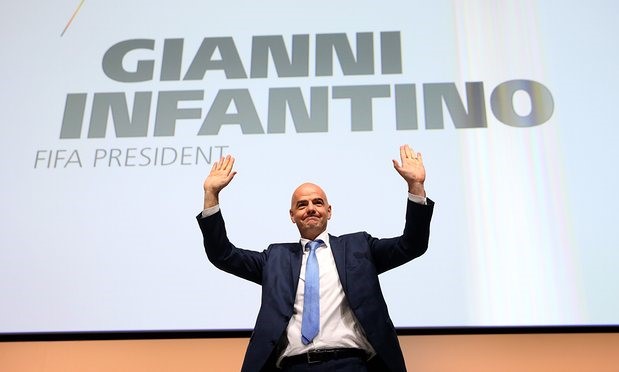 President Infantino has been welcomed by players, fans and entire nations for his persistence and dedication to give FIFA a fresh new start and a new chance for the organization to prove its worth in full transparency.

Several reforms are now in progress but it is clear that Gianni Infantino has an enormous task ahead of him to clean up the dirty side of the game.

Gianni Infantino, 45, is a Swiss lawyer and career sports administrator who was never expected to take charge of the governing body of football. In other words, President Gianni Infantino reminds me of a super sub who came off the bench to score the winning goal in a cup final to shock the favorites.

After all, Infantino only presented his candidature after former UEFA president Michel Platini, alongside Sepp Blatter, received a devastating six-year ban from all football activities for bribery charges.

Platini, who was expected without any reasonable doubt to win the FIFA presidency, was heavily sentenced by FIFA’s ethics committee for receiving a £1.3m “disloyal payment” from former president Sepp Blatter.

I’m a candidate of the whole world and football. We have to build bridges, not walls.
– Gianni Infantino

Infantino rose to the challenge, even after being heavily criticized by experts for being close to his former boss Platini, and traveled the globe on his mission to prove his worth as the person that could save the FIFA organization from declaring bankruptcy. 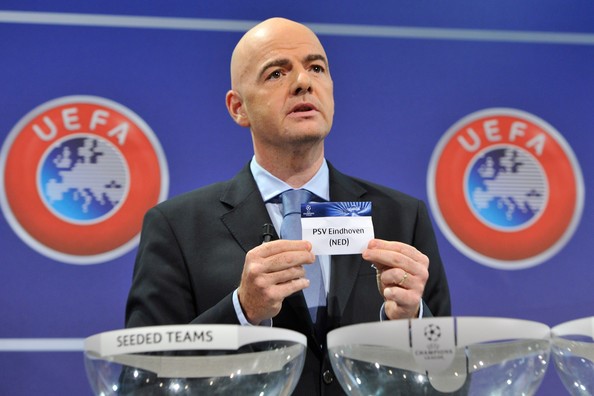 From draw-picker to FIFA President

Infantino joined UEFA in 2000 and worked his way up the ladder to become Director of Legal Affairs and Club Licensing in 2004. The promising leader then became General Secretary in 2009 and worked closely with Platini for several years before distancing himself after news broke that his former boss was under investigation for severe bribery and corruption charges.

Infantino, who was born just six miles from former president Sepp Blatter, is a true success story for a hardworking individual who worked his way up the FIFA organization from being a draw-picker to FIFA President.

With a new FIFA President come strict new reforms and measures, especially at a time where the reputation of the organization is in great need.

Gianni Infantino promises to stand strong and share the core values of FIFA, which are purported to be transparency; good governance; and support for reform and footballing nations.

FIFA has gone through sad times, moments of crisis. But those times are over.
– Gianni Infantino

Most importantly on the list of strict reforms, President Infantino promises a very significant increase in financing to the voting football associations who are expanding and promoting the sport of football.

Specifically, each of FIFA’s football associations in the 209 countries which make up the organization is promised $5 million over four years, while the confederations, who are the six continental blocs including UEFA, will received $40 million.

There is another $4 million assigned for youth tournaments and another $1 million for related travel expenses for FIFA delegates and representatives. 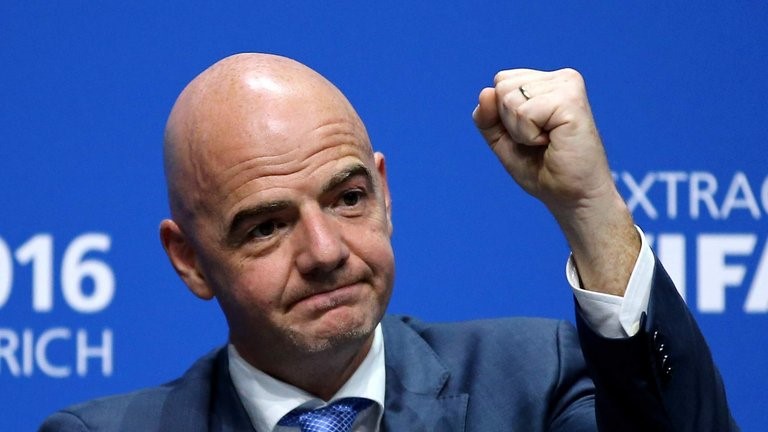 However, FIFA is currently facing a $550 million deficit, as the organization was unable to reach the $4 billion in revenue objective, and experts are wondering how Infantino will be able to increase FIFA’s financial expenditure.

The answer lies in the billions made by former president Blatter from TV rights and sponsorship deals, which are also the reasons why Blatter was under investigation and suspended for six years.

We enter now a new era. We’ll restore the image of FIFA and make sure everybody will be happy with what we do.
– Gianni Infantino

Infantino’s reform list also includes non-financial measures that are greatly welcomed by the world of football.

Infantino has presented a new reform concerning voting and decision making as each country’s association, whether tiny or huge, will benefit from an equal vote in any project presented by FIFA – a historic measure for developing footballing nations who have complained in the past for having limited influence in decision making.

Infantino’s reforms also include term limits for the FIFA presidency and senior positions, as well as transparency on pay, which is in my opinion very important and promising in the struggle to end corruption scandals.

Infantino also promises the creation of independent committee members and the complete replacement of the tarnished executive committee that is responsible for the destruction of FIFA’s reputation and image of football.

The newly appointed committee will be in control of strategic direction, with full transparency, but will not be involved in any commercial matters as corruption scandals may arise by doing so. 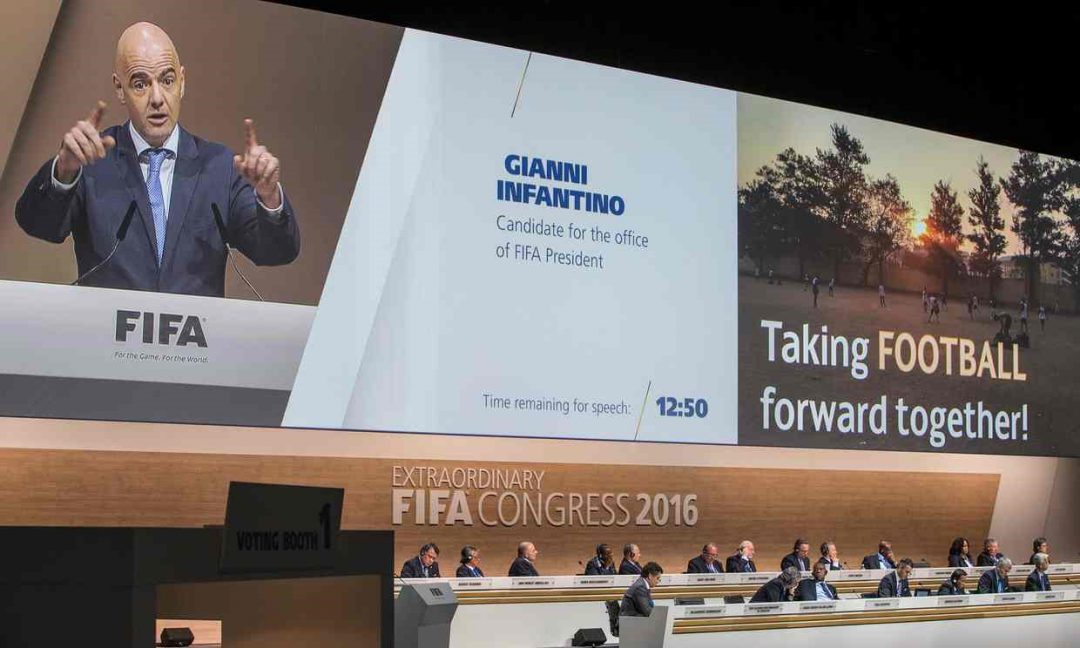 Infantino is on a mission to rebuild FIFA’s damaged reputation

Concerning the game itself and the several controversies that have occurred on the pitch over the years, football fans will be pleased to hear that Infantino is investing resources and efforts into improving the video technology available that would assist referees in making the right decision.

English fans will never forget the 2010 World Cup game between England and Germany where Frank Lampard’s shot passed the line but was disallowed by the referee. A development and improvement in today’s video technology will not only facilitate referees, but also reassure players and fans that play the beautiful game.

Gianni Infantino has gained the absolute trust and support of the world of football as he embarks into the enormous task of saving FIFA’s reputation that has been greatly tarnished by the latest corruption scandal.

Despite the challenging journey that awaits president Infantino, it is clear that the planned reforms and restructuring will do a lot of good to FIFA and most importantly to the game.

Infantino believes and values FIFA’s transparency, good governance and continuous support to the footballing nations while striving towards one purpose: Doing Good For The Game Of Football.