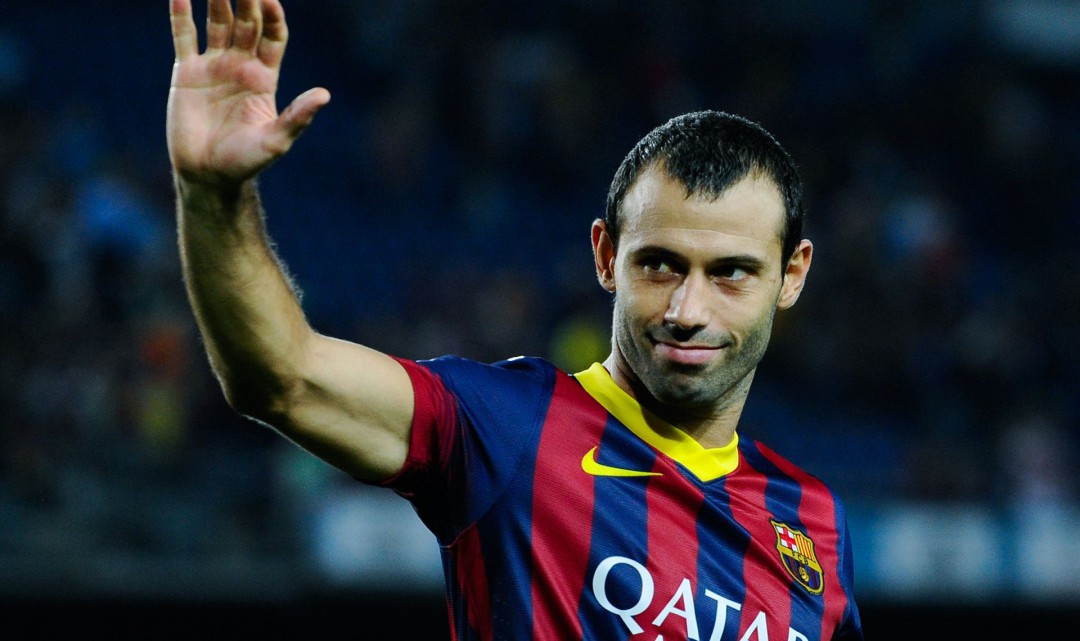 The sport of football is not only known for its beautiful art, nail-biting excitement and legendary players and clubs, but also for its astonishing, and sometimes incomprehensible, financial expenditure.

Football has gone through a revolution in terms of financial spending and is without any doubt the most lucrative sport industry with top-league players receiving an average weekly salary of $200,000.

However, as players benefit from astonishing endorsements and salary caps, governments are also chasing to grab a piece of the cake.

In fact, the English and French leagues are subject to a 45% tax rate while the Spanish La Liga is faced with a record 52% tax rate. To put this into context, Spanish giant Real Madrid’s superstar, Cristiano Ronaldo, receives a weekly salary of $575,000. After applying the 52% tax rate, the Portuguese captain is left with a smaller, yet still unbelievable, $288,000 weekly salary.

The tax rates have been welcomed by working communities and politicians, but widely contested by players and organizations. Unfortunately, the rates have encouraged some players to make risky decisions that took them straight to court for significant tax fraud charges. 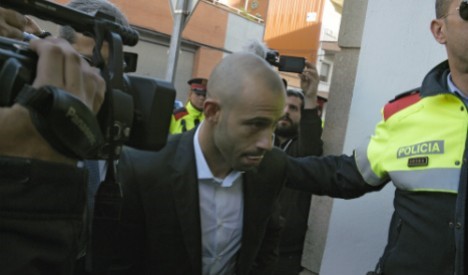 Javier Mascherano appearing at his court hearing in Barcelona

Last month, Barcelona defender Javier Mascherano pleaded guilty to two tax fraud charges and accepted his 12-month sentence. However, the conviction will not see the player serve time in prison, as Spanish law states that crimes of less than two years are not to be transformed into prison-serving time.

The Argentinian national player pleaded guilty for failing to pay image-rights taxes worth €1.5 million in 2011. Mascherano failed to declare image-rights earnings that he generated from corporations he owns in Portugal and the United States. 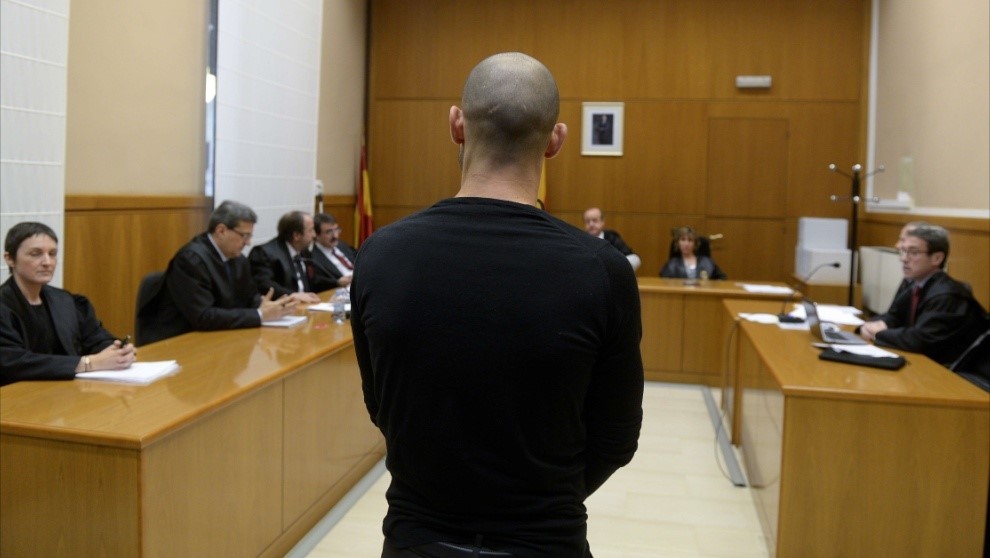 The Barcelona defender hearing the verdict delivered by the panel

In the years that followed, evidence was brought against the player who was then accused of tax fraud and evasion by the Spanish Office of the public prosecutor.

The case was officially taken to court hearing last month in Mascherano’s residing town of Gavà on the outskirts of Barcelona that lasted just under five minutes as the player automatically admitted to his tax fraud errors and judges did not feel the need to interrogate the accused.

I reserve the possibility of action against those who have badly advised me by recommending something that was not right.
– Javier Mascherano

Mascherano accepted the ruling and deposited €1.6 million with the tax authorities on September 9 to repay the amount owed plus interest, including a heavy fine of €800,000 and the inability of receiving any tax benefits for a year.

The 12-month prison sentence is expected to be replaced by another heavy fine before being dismissed entirely and terminating all current charges held against the current Spanish league champion.

Mascherano admits that his lack of knowledge on tax management has led him to trust the wrong financial advisors but promises to fix the damages and promote the values of fairness and honesty in the world of football.

With increasing tax rates, players are considerably considering to join leagues that have extremely low rates such as the Russian, Chinese and Turkish championships.

It is no lie that many of today’s players are more interested in promising salaries than loyalty and glory.

After all, tax rates influence player’s choices, especially for those approaching retirement, and clubs must work around taxes to attract top-level players to come play. The world of football has witnessed this new phenomenon with the transfer of Robin Van Persie from Manchester United to Turkish side Fenerbahçe. 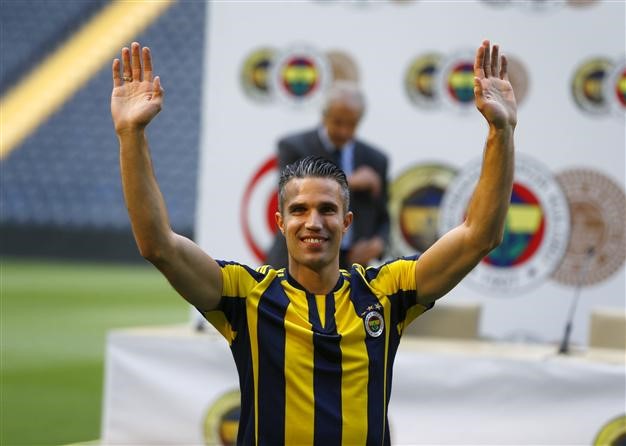 With a record-breaking 13% tax rate, the Turkish, Chinese and Russian leagues are top destinations for players who are looking to escape the significant rates in Western leagues who are cutting player’s salaries in half.

The French government also presented a project to raise taxes to 75%, causing outrage in clubs such as Paris Saint-Germain who greatly depend on financial incentives to attract top players in their pursuit of European domination.

The Chinese Super League has also made global headlines in the past few weeks for spending over $90 million in the span of a week in their pursuit of starting a new footballing culture in China.

The Trial of the Decade

Javier Mascherano is far from the first high-profile player to be accused of tax fraud. His fellow teammate and global icon Neymar Jr. recently lost an appeal he filed against a $112,000 fine slapped on him for tax evasion during his years with Santos Club in 2007 and 2008. Spanish prosecutors are paying close attention to Neymar and his father for the player’s transfer from Santos to Barcelona where Brazilian and Spanish authorities are investigating inconsistencies in transfer and tax payments.

However, the anticipated legal case that is making global headlines is Barcelona’s iconic superstar Lionel Messi who will stand trial alongside his father for alleged tax fraud totaling €4.16 million relating to his image rights between 2006 and 2009.

Messi’s tax fraud case will be heard by a Barcelona court on the May 31 to June 3; forcing the Argentinean international and captain to travel back to Spain days before the commencement of the Copa America Championship.

Messi and his father are both facing a two-year sentence if found guilty for tax fraud, even after the pair paid €5 million to the tax authorities as a “corrective measure” after they were formally charged in June 2013.

The court hearing is highly anticipated and will make global coverage as a heavy fine and sentence could be given out to the Barcelona player and his father if found guilty of tax fraud.

The sport of football has revolutionized financial expenditure and spending in the world of sports, encouraging leagues to spend millions on talented players to start a new footballing culture and generation. 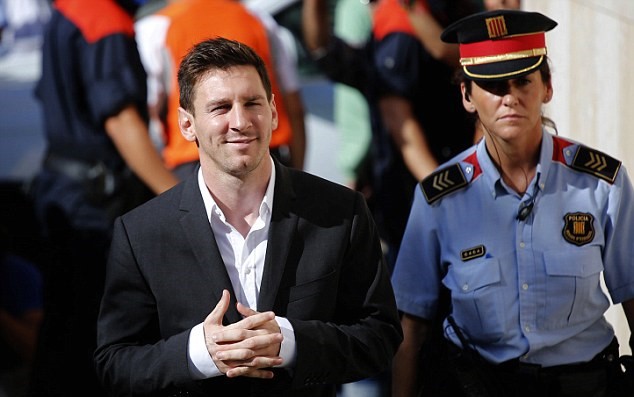 The trial of Messi is due to commence in May

However, in the face of justice and its no mercy attitude, today’s football players must pay close attention to their tax management in order to avoid accusations of tax fraud that could consequently damage the reputation of the player and their organization.

At the end of the day, justice will always have the last word.