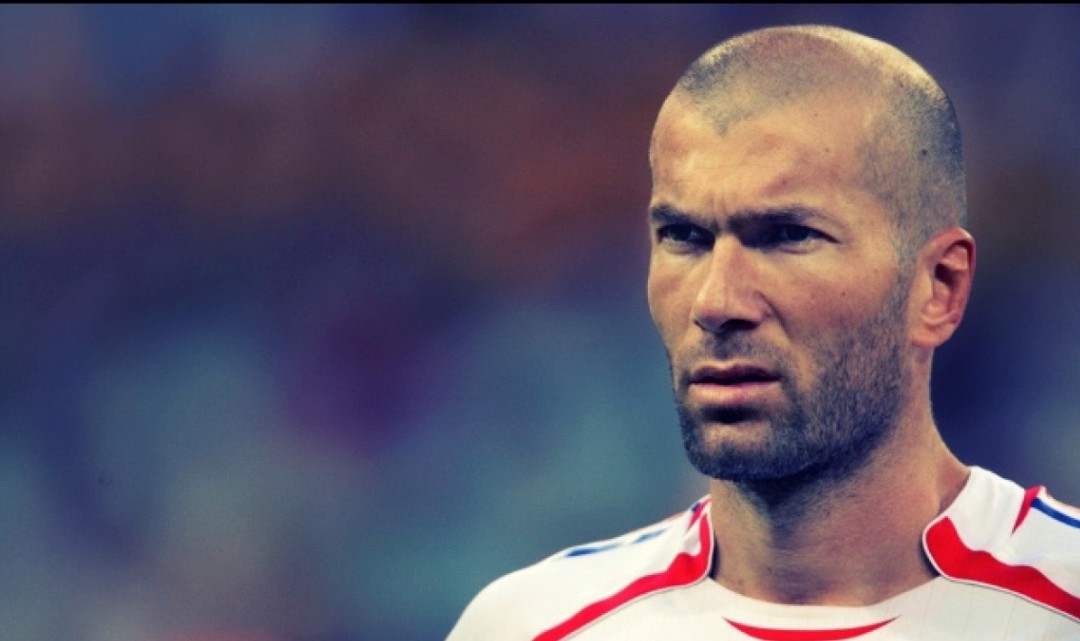 Calling the Shots: A Legend Leading a Prestigious Club

The new year brought new surprises at one of the worlds biggest football clubs. Evan Planchon looks at the monumental task that awaits Zinedine Zidane in his new role as Head Coach of Real Madrid.

Zinedine Zidane is without any doubt one of the the greatest football players to have ever stepped on the pitch to represent the French nation. The 1998 FIFA World Cup champion has been given the status of living legend ever since he netted two stunning goals against favorites Brazil to give France its first World Cup trophy.

The icon we call “Zizou” announced his retirement from the sport of football in 2006 after playing for Italy’s Juventus and Spanish giants Real Madrid.

His journey at Real Madrid, where he scored 37 goals between 2001 and 2006 along side David Beckham and Iker Casillas, was exceptional.

Zidane was quickly introduced and accepted by Real Madrid as a player. This month, Real Madrid are not welcoming him back as their captain, but as their head coach. 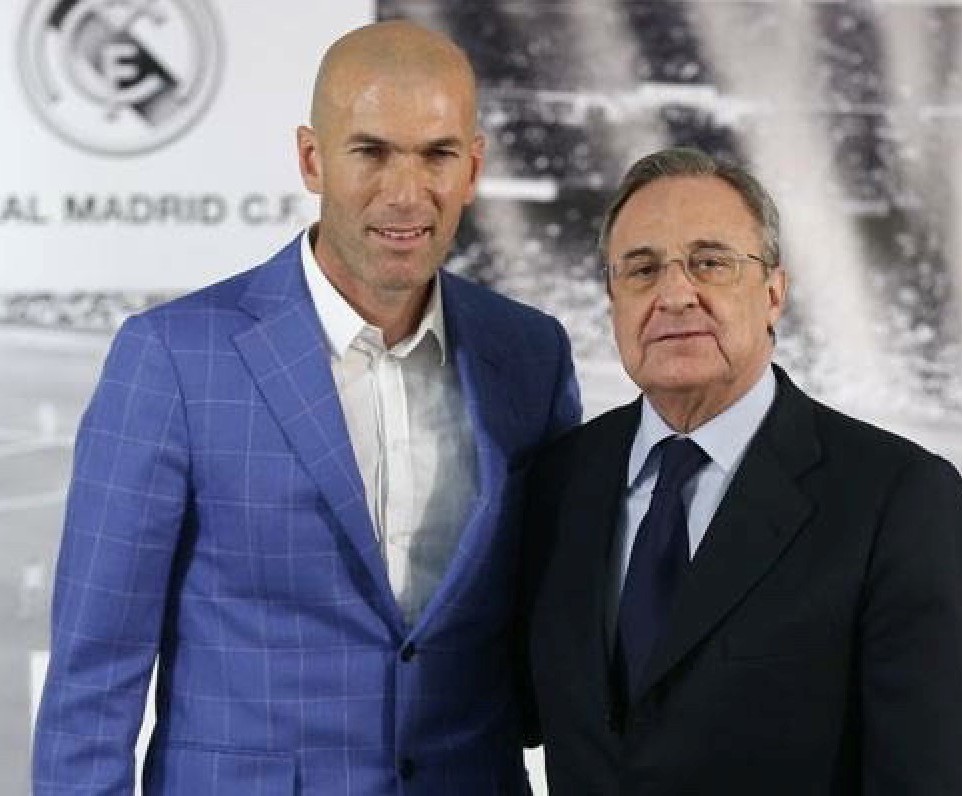 From Player to Coach

After playing his last game at the 2006 FIFA World Cup, where he was unfortunately sent off during France’s loss against Italy in the final, “Zizou” decided to take some well-deserved time off from the hype of the game. He spent time training his children, especially his eldest son Enzo, who now captains the Real Madrid Castilla team and his second, Luca, who is a goalkeeper for the U-18 French National Team as well as the Real Madrid junior squad.

Zidane later decided that it was best for him to embark on a new and challenging journey of becoming a certified football coach. After receiving his coaching degree, Zidane was quickly welcomed by Real Madrid’s management as coaching assistant to former manager Carlo Ancelotti in 2014 where Madrid lifted “La Décima” – their tenth Champions League trophy.

After proving his tactical knowledge and leadership on the bench, Zidane was promoted to manage the Real Madrid Castilla squad where he revolutionized the young team alongside his eldest son Enzo, who was appointed captain.

After two years of successful coaching and strong relations with the Real Madrid management, it was rumored that Zidane would be appointed coach of the first team after club president Florentino Pérez dismissed Carlo Ancelotti. However, the position was awarded to former Liverpool and Napoli Coach Rafael Benitez.

In a turn of unexpected events, complaints within the dressing room and poor results, including the 4-0 defeat against champions Barcelona, Rafael Benitez was relieved of his duties following an emergency board meeting on the January 4.

Zidane was immediately appointed head coach the morning of January 5, making national headlines and surprising the entire world of football.

It is an important day for me. It’s an emotional day, even more emotional than the day I signed as a player for the club.

It is true that the Real Madrid coaching position has been a very dangerous one in the past few years. Club President Pérez is addicted to perfection and winning, which creates a very hostile environment for both the coaching staff and players in times of defeat. Manuel Pellegrini, Jose Mourinho, Carlo Ancelotti and Rafael Benítez were all dismissed by Pérez after a series of unfavorable results, making the coaching seat a very inconsistent and perilous one. 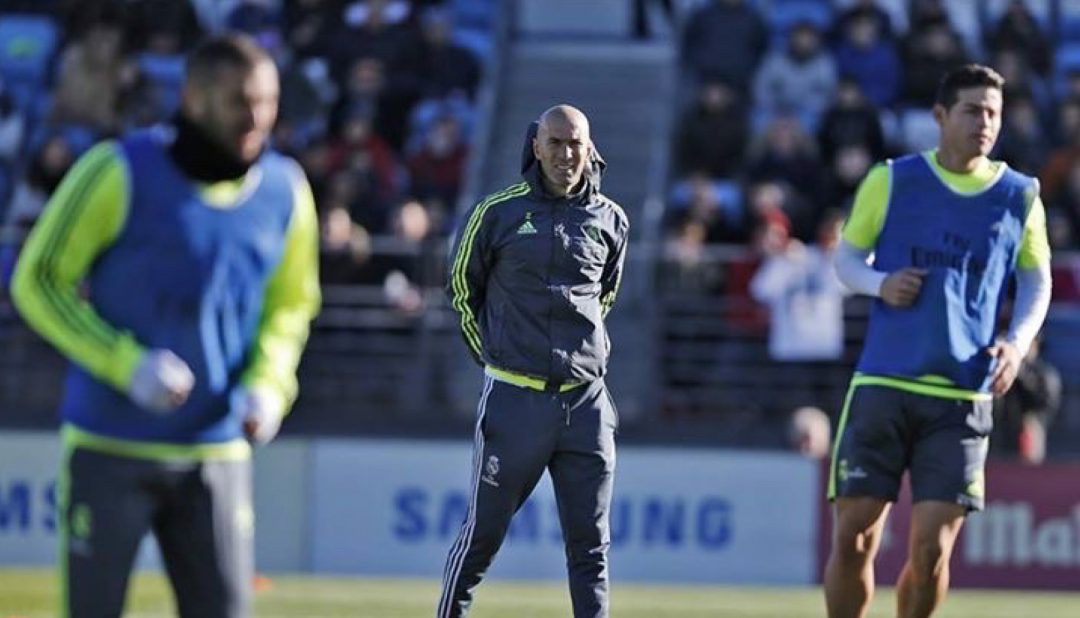 The 43 year old is now the Commander in Chief of the Spanish giants who have shown no mercy towards its coaching staff in the past. Zidane is the youngest coach in the history of Real Madrid and will have to quickly prove his influence on his players. With superstars Cristiano Ronaldo, Karim Benzema and Gareth Bale; it is no lie that the dressing room is filled with different personalities and egos.

Rafael Benitez’s dismissal was also as a result of emerging tensions within the dressing room with superstar Cristiano Ronaldo disapproving of Benitez’s training methods and tactical knowledge. Several other valuable players followed Ronaldo and ignored their former coach during games – resulting in strong emotions during defeats.

However, the case of Zidane is a different and unique one. The recently-appointed coach has gained the respect of the players, including Ronaldo, since he became an assistant coach. The players have accepted his leadership, training methods and tactical vision, which allows president Pérez to anticipate a very promising future for his club.

Zidane has also gained the respect and trust of Real Madrid’s fans that have proven to have high expectations after over 6,000 supporters attended his first full training session. The new coach did not wait to express his strong ambitions for the club; stating that he will work very hard to ensure that the trophy cabinet does not remain unopened. His ambitions also included his strong wish to recruit the struggling Chelsea superstar Eden Hazard for an astonishing €100 million to solidify his team’s inconsistent midfield. 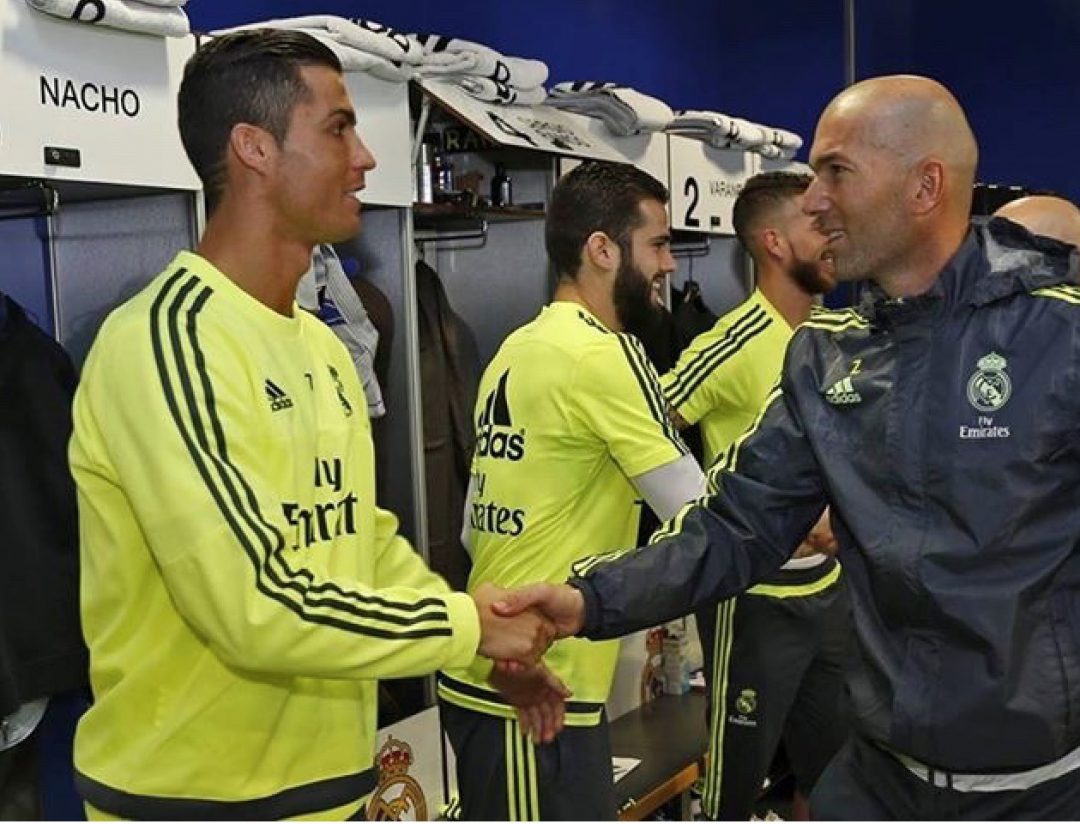 Zidane’s appointment as head coach made headlines all over the world. The world of football reacted with mixed feelings; some were happy, some were unsure and some were angry.

English legend David Beckham did not wait to express his excitement and happiness for “Zizou” on social media, stating that he was the best person for the job. His former national coach Raymond Domenech also expressed his best wishes for a person he considers exceptional.

I will be working very hard with all the players and I think it will go well. I will put all the heart I have into this job for the club.

However, Zidane received some backlash from some football supporters, experts and former coaches. Former Real Madrid Manager John Toshack stated that Zidane was a terrific player but his managerial experience is zero. The 2000 Champions League winner, 2006 World Cup best player and three-time FIFA player of the year (1998, 2000, 2003) is indeed an unforgettable player; but some football experts are still undecided on how good Zidane is as a coach – especially given the magnitude of commanding the iconic team he once played for.

The recently-dismissed Rafael Benitez did show his sportsmanship as he wished Zidane well for his new journey in the hope that his successor will not be dismissed after seven months.

After all is said and done, I am extremely excited and proud to see a French national icon taking control of a prestigious and successful organization. Despite rumors that president Pérez favored Jose Mourinho to replace Benitez over Zidane, I believe that “Zizou’s” knowledge of the game is beyond measure and the trust he has gained from players and fans will build Real Madrid a promising future.

Some may say that Zidane will break under the immense pressure that comes with the position, but I don’t believe a player that attempted a “panenka” penalty kick in the 2006 FIFA World Cup Final will worry about pressure.

Zinedine Zidane, I wish you the very best!