ESports – The Future of Entertainment

In his second article for ON the Blog, EU Sports Management student Cedric Robin Groebsch looks at how the sports entertainment world is becoming decidedly less physical.

When I hear the word “entertainment”, I think of the film industry, of sports, and of course music. However, there is a new kid on the block, and he’s here to stay: the video game market. A report by the games market research group NewZoo shows the video game market was valued at $91.5 billion, overtaking the movie industry for fourth place. The report also mentions a predicted growth to $107 billion by 2017, in which case it would pip the book publishing industry for third.

The emergence of the video game business comes as no surprise, as demand for video games is widespread and the perception of gamers has changed, too. The stereotypical gamer is no longer the unkempt geek playing World of Warcraft long into the night in his mothers’ basement. The modern gamer is sociable, dedicated and fun: society’s “Average Joe”. The range of choice in games has vastly increased, with a wide assortment of products on every platform. Whether it is on the iPhone, the PC, the PlayStation or the growing virtual reality technology – video games are accessible to anyone, anywhere, and offer many individuals something films and books cannot: interactivity.

The increased popularity of video games demand has sparked interest for competitions, and today eSports championships are broadcast worldwide. It is estimated that 134 million people have watched a form of eSports competition in 2015. A grand total of 32 million fans watched League of Legends’ Season 3 World Championship Finals last October, which corresponds roughly to the population of Saudi Arabia, the world’s 40th most populous country. Of course, the vast attention eSports received is reflected in the prize pools for the respective competitions. Last year’s version of ‘The International’, a Dota 2 tournament, had a proud prize pool of $18,429,613, of which the champions took home $6,634,660. With sums of such heights on offer, it comes to no surprise that the events attract a large crowd. 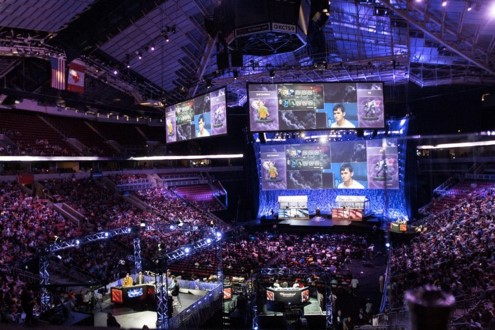 A clear indication of eSports’ inclusion into mainstream entertainment is the fact that you can now (legally) bet on games. Ahead of the big tournaments, leading bookmakers around the world offer a variety of bets on each matchup. The acceptance of eSports into online gambling is a huge step for the industry as it garners more and more attention.

However, like anywhere where there are large sums of money available, match-fixing scandals have begun to appear, damaging the image of the up-and-coming industry in the public eye. Two years ago South Korean gamer Cheon Min-Ki, known to the League of Legends fan base as “Promise”, attempted suicide because of his involvement with match-fixing fraud. Cheon’s coach at the time, Noh Dae Chu, was involved in a match-fixing scandal and persistently ordered his team to lose games, threatening them if they should win. After the incident, Promise confessed he could no longer be part of the scheme, but felt too lonely to approach anybody for help. Thankfully his fall was halted by the roof of a recycling den, and he escaped death with severe injuries to his neck and arms. Following surgery, today he is almost completely healed and back to normal, playing video games.

Another signal of things to come is the recent signing of David Bytheway to Vfl Wolfsburg. On January 19, 2016, the German club announced the signing of the English native on a one-year-deal, in which the 22-year-old will represent “The Wolves” in his online competitions. Experts in the eSports industry believe this is just the beginning, and that many more teams will recruit gamers to represent them in this growing industry.

Playing eSports professionally, like any other sport, requires dedication, skill and a lot of practice. Interestingly, South Korea’s Chung-Ang University have implemented a new policy enabling gamers to enroll to their Sports Sciences course. Formerly this course was open exclusively to practitioners of the more conventional sports. ESports in South Korea has a very large fan base, perhaps comparable to the U.S. wrestling following, and many individuals believe this is another step forward for future eSports successes.

In order to maximize training hours, a vast majority of eSports teams live together in flats resembling gaming cafés and hone their skills countless hours a day. Of course this means having an ordinary job is out of question, so most gamers manage their pay-checks through prize-money, sponsors and streaming.

Due to the ever-increasing demand in video game material a new market has appeared, with gamers sharing their experiences to their viewers via YouTube or streaming websites like Twitch. Millions of “subscribers” tune in every day to see their idols play their favorite games. While professional gamers stream content to connect to fans and have an extra pay flow, a passion has turned into a full-time profession for many less talented gamers, as they spend their days filming and editing new videos to release. Many individuals have managed to make a career out of broadcasting their virtual adventures to the public. These platforms have turned gamers into real megastars as YouTubers like PewDiePie or KSIOlajideBT have racked up tens of millions of subscribers, which has led many of them on to writing books, producing music or even designing their own fashion labels. The British YouTuber KSIOlajideBT, commonly known as KSI, now drives a Lamborghini Aventador and lives with his YouTuber friends in a multi-story mansion. 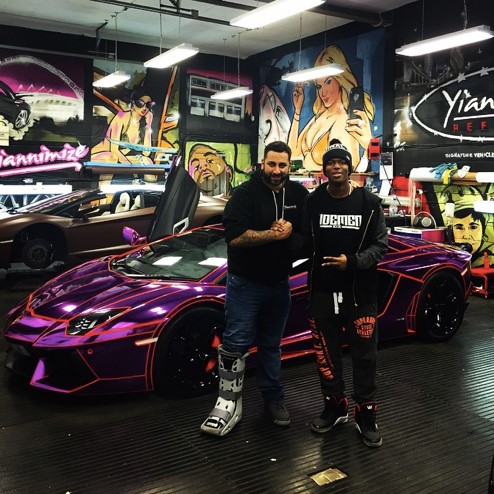 KSI (right), with his newly-tuned Lamborghini Aventador. YouTube has opened the door to many video games to pursue their passion and earn money doing what they love.