In the current state of the world, it is important for students to have a deep understanding of what it means to live and work in a post-conflict environment. This is precisely what EU Business School Munich students experienced when they attended the documentary panel: Finding Solutions in the Rwanda Aftermath.

The participants then had an exclusive screening of the documentary “Among Neighbours – Living with the Murderers.” The documentary looks at the struggle of living in Rwanda, 12 years after the brutal genocide that robbed hundreds of thousands of their lives and countless survivors of their peace and dignity. Today, the Rwandan government demands that the perpetrators and victims live peacefully, side by side. The perpetrators are expected to ask for forgiveness and the victims are expected to forgive them.

“Among Neighbours” tells the story of the genocide from the perspective of the survivors. It sheds light on the price of survival and how the survivors are coping with their memories. In the first few minutes, the narrator tells us, “we were never prompted but perceived right away, we should be silent.” 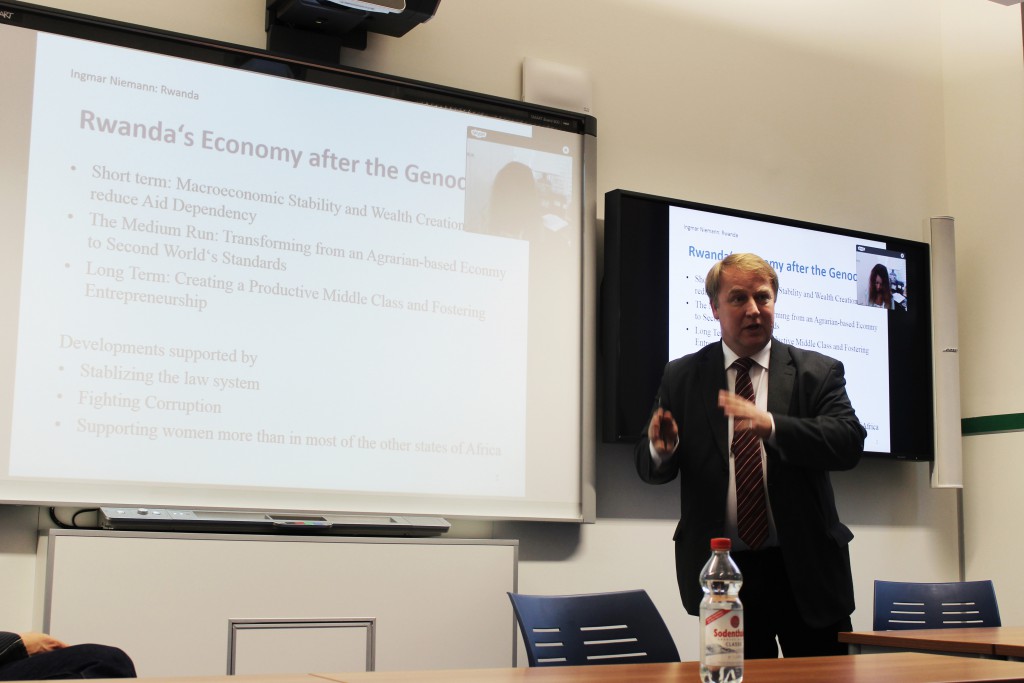 Ingmar Niemann, presents the economic history and future of Rwanda.

After the screening, EU Munich Political Science lecturer Marta Collongues de Kaiser, began the panel discussion with a short presentation on the politics of the analysis. Collongues de Kaiser led students through a brief description of the context and probable motivations of the Rwandan genocide. She later outlined The 8 Stages of Genocide” as defined by Genocide Watch’s President, Dr. Gregory H. Stanton and gave illustrative examples that related the stages to the timeline of the Rwandan Genocide. She also offered carefully considered solutions on how to prevent an oncoming genocide, pointing to political will as an essential, effective, early response to escalating situations of political violence.

Economics lecturer Ingmar Niemann continued with Rwanda’s post-genocide economic challenges and perspectives. He explained that for a country like Rwanda, economic stability is challenged by its dependence on foreign aid. He spoke about the steps Rwanda had taken to reduce aid dependency and transform its agrarian-based economy towards a stable middle class. Niemann also described the continuing development of Rwanda, through the stabilization of the legal system, the fight against corruption and improving the education and support of women. He was positive about the country’s growth potential but highlighted that there was still a lot of work to do for Rwanda to move up from its third-world status. 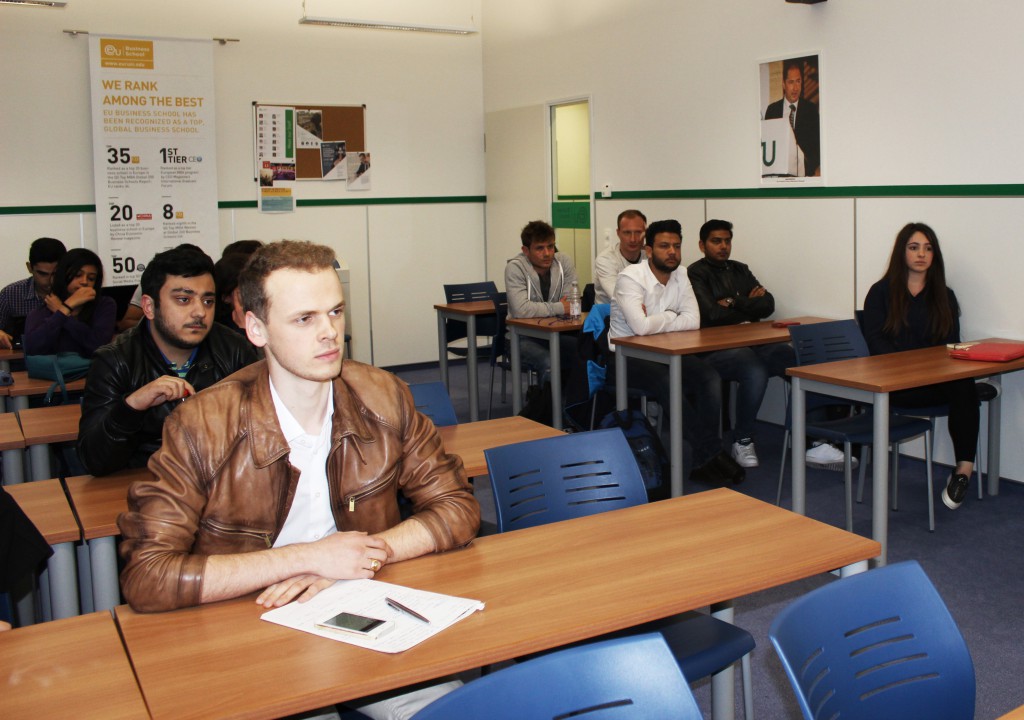 EU Munich alumna Tatiani Preifelt, who joined the event from London via Skype, closed with the Human Rights aspect. She spoke about the need to “restore human dignity” if there would be any path to reconciliation. Preifelt started by discussing the history of colonial rule, then moved on to the idea of transitional justice and the need for restoring human dignity at the forefront. She highlighted the importance of addressing both the needs of the survivors and the victims, as well as those of the perpetrators. Priefelt closed her presentation by taking about ubuntu, a Nguni Bantu term roughly meaning “human kindness”, which she believed to be a vital component in order for any healing or restoration.

A lively Q&A and discussion session followed the presentations, with questions arising from International Relations student Sidorela Sinomati and Student Board President Elefterios Aislandis, among several others. All panelists took turns answering questions from their assigned perspectives, bringing up some interesting points on the Rwandan situation and comparing other countries that have undergone different national transitions. Overall, both students and panelists expressed their excitement about the event and their extreme interest about similar events in the future.

Challenging students’ perspectives and views on global issues, both in and out of the business world, is one of the main principles upon which EU Business School bases its teaching philosophy. It is through these peer exchanges with other nationalities and cultures, this exposure to foreign situations, that encourage our students to grow and develop into future businesspeople.