This article looks at the rise of Snapchat and its CEO, Evan Spiegel.

If you are studying toward your MBA in Entrepreneurship, it’s very likely that you have already heard of Snapchat. It is also possible that you contribute towards the 400 million ‘snaps’ that are sent globally each day. Even if you are not a direct user, you may have seen segments on hacking scandals in the news or read about ‘sexting’ in magazines. 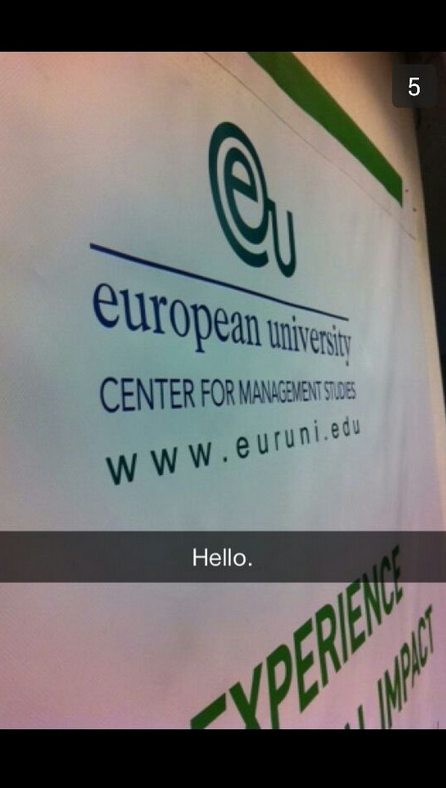 Regardless of how you interact with Snapchat, the popularity and ubiquity of the app act as testament to its popularity and importance. While there are incredible statistics available (if you have a smartphone and live in Norway, there’s a 50% chance you use Snapchat), Snapchat have not yet released the exact number of users. This reticence keeps us guessing. It is probably a smart move on the part of Evan Spiegel, the 23 year old Snapchat co-founder and CEO.

“Internet Everywhere means that our old conception of the world separated into an online and offline space is no longer relevant… This notion of a profile made a lot of sense in the binary experience of online and offline… Snapchat relies on Internet Everywhere to provide a totally different experience. Snapchat says that we are not the sum of everything we have said or done or experienced or published – we are the result. We are who we are today, right now.”

With buckets of confidence backing his visionary ideas, it adds weight to reports that Spiegel turned down a $3 billion dollar bid from Facebook. As with other start-up CEOs, Spiegel has the ability to excite and inspire with his vision.

But what do we use snapchat for?

The answer is: for various reasons. Including: sharing funny faces without incrimination; checking outfits before a night out; showing where to go out in Geneva at night; sexting; casually saying hi; showing off trips; and a thousand others. It is little wonder Snapchat has become so popular.

Business school students everywhere should be keeping their eyes on Spiegel. His confidence, youth and special entrepreneurial spirit make him a class act to follow. 2014 will be an interesting year for him, and for Snapchat!

What do you think as students of a multicampus university: revolutionary, era-defining technology or a great way to send silly faces and not worry about the consequences? Where is Snapchat most popular? It’s said that Switzerland is generally slower for technology trends to develop, are students who study in Barcelona and Munich feeling more SnapHappy?