Despite what many people think, the COVID-19 pandemic has not been responsible for the radical transformation of work that has occurred over the past several months.

Human resources (HR) departments were under significant strain well before the outbreak. COVID-19 has merely accelerated trends that were gaining pace and already disrupting the corporate space.

The future success of economies right across the globe depends on the ability of HR departments, which are responsible for finding, hiring, onboarding and training employees, to adapt to the unprecedented situation in which they find themselves. And Agile, an approach that leverages collaboration and responsiveness to deal with change effectively, is expected to play a crucial part.

To explore these topics, we invited Fabiola Eyholzer, founder of New York HR consultancy firm Just Leading Solutions and EU Business School alumna, to come and talk to us. Fabiola was born in Switzerland and now lives in New York (she’s an avid New York Rangers fan) where she heads her company. Over the years she has worked with an array of leaders across the private and public sectors to build flexible, future-proof human resources departments.

Accelerating Trends in the Public and Private Sectors

Fabiola kicked off her discussion by quoting Maurice Conti, a highly respected designer, futurist and innovator, who said: “Over the course of the next twenty years, more will change around the way we do our work than has happened in the last two thousand”. Considering the events of the previous year, his words couldn’t have been more prescient.

Conti’s quote also highlights the fact that significant shifts were already underway before the COVID-19 pandemic hit. And it’s to these trends that Fabiola initially turned her attention.

She began by describing the move towards more flexible working arrangements. People were already asking for greater freedom regarding their schedules. Offices, which will almost certainly play less of a central role in a post-COVID-19 world, are changing from permanent working environments to spaces for collaboration and relationship-building.

Another key trend that Fabiola highlighted was the increased consumerisation of work. A growing number of people are starting to look at work as a multifaceted experience, rather than purely as a means of paying the bills. In addition to making a meaningful contribution through their work, employees are eager to grow and learn. As a result, companies are looking at the “employee journey” in the same way as the “consumer journey”.

A third major transition is the growing reluctance of employees to commit to lifelong careers, which is occurring in the more general context of an accelerated pace of business. Fabiola said that 85% of the jobs that will exist in thirty years don’t exist today. Job titles like “Personal Data Broker”, “Nano Medic”, “Self-Driving Car Mechanic” and more will replace traditional roles. Notably, this highlights the need for HR departments to onboard and train employees quickly if they are to adapt to this constantly shifting marketplace.

The Ongoing Evolution of Work: Innovation and Automation

So what lies at the core of this ongoing evolution of work? Fabiola pivoted from her analysis of current trends by introducing a new and extremely relevant topic: innovation. Innovation and technology are the core drivers of change when it comes to work and human resources.

Specifically, developed societies are moving from the “Information Age”, which was defined by a reliance on information technology, towards the “Augmented Age”, in which humans can directly alter their experiences with computational systems. And this historical transition will have far-reaching ramifications for the way human beings work.

Fabiola went on to consider the question, “What is work?” She argued that it’s impossible to provide an answer without first considering the fundamental nature of modern organisations. Historically, economies of scale and efficient, standardised processes have enabled companies to be extremely successful.

But the crucial point about this type of model, which is driven by the completion of linear, repetitive tasks, is that it is well-suited to machine work. Increasingly, economies are implementing automated, machine-based infrastructures. And this trend even encompasses professions often thought to be “untouchable”. A machine can now make a medical diagnosis, for example, with a greater rate of success than a trained doctor.

At this stage, a question naturally arises: “What jobs are left for humans?” Fabiola stated that the remaining jobs that can’t be handled by machines will likely be very complex and require a high degree of collaboration. As a result, interdisciplinary and self-organising teams will become much more critical for organisational effectiveness.

Adapting To a New Type of Economy

Most people will feel somewhat worried about the prospect of a machine-driven workplace. According to Fabiola, they are right to be concerned. But there is a silver lining. And it relates to an emerging new economy.

Historically, economies have been labelled according to the kind of work that they are predominantly associated with, such as “agricultural economy”, “industrial economy” and, most recently, “knowledge economy”.

Fabiola spoke about how we are on the cusp of a new type of economy – the “human economy”. A human economy is centred around jobs that human beings are naturally qualified and positioned to do. Specifically, jobs that require curiosity, imagination, collaboration and emotional intelligence.

What Is Agile HR?

But where does this leave human resources departments? In early 2019, CEO of SHRM (the world’s most prominent HR organisation) Johnny Taylor said, “The HR function is vital to business success, but the HR profession is not.” He was making the point that while activities like recruitment, team-building, employee performance tracking and so on are essential, companies do not necessarily need an HR department to complete these tasks.

And that’s exactly where Agile HR comes into play. In this context, the term “Agile” refers to an approach to human resources that strives for constant innovation and responsiveness in the face of an uncertain labour market.

The Agile approach is founded on seven core principles: the reframing of change as an opportunity, cultivating a shared solution-focused mindset, sensitivity to emerging employee needs and desires, creativity and experimentation, collaboration, a value-based outlook, and willingness to adopt leadership roles within the broader organisation.

Fabiola emphasised that HR departments must be willing to discard outdated practices and reinvent aspects of their operating models that are not geared towards flexibility in the face of continuous change. She ended by quoting Socrates: “The secret of change is to focus all of your energy, not on fighting the old, but building the new.”

Excited by the Prospect of a Career in Business?

More than at any other point in history, the world needs forward-thinking, passionate corporate leaders to drive the kind of innovations that Fabiola spoke about in her presentation.

If you are excited by the prospect of a career in business, perhaps working for a well-known company or at the head of your own startup, then a degree from EU Business School could be for you.

We offer a range of courses, including our highly respected MBA in Human Resources Management. With campuses in several major European cities, EU Business School also provides students with the opportunity to study in a globally recognized business capital. 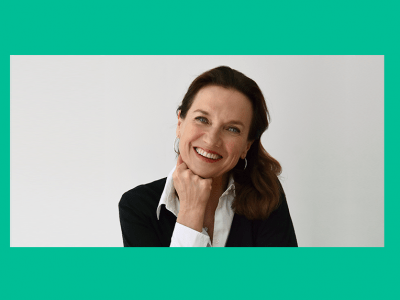 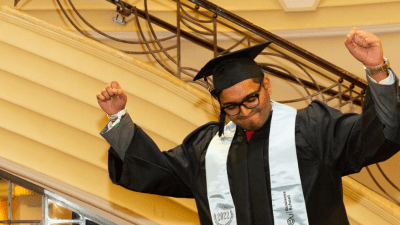 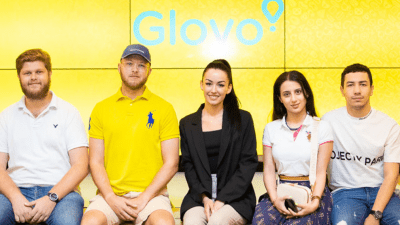