For legions of young fashionistas, Paris and its haute couture are a modern-day mecca, the glittering lights of the Eiffel Tower drawing them like moths to the flame. Models, designers and publicists flock from all over the world to the catwalks of the French capital in search of fame, fortune and fabulous fashion adventures.

Yet one industry executive has travelled in the opposite direction to make his name, moving away from Paris to forge his career. Philippe Bach has turned fashion convention on its head through Smash, the hugely popular womenswear house in Barcelona, and EU Business School has played a crucial role in the story.

Philippe fell in love with Barcelona while studying at EU’s campus in the Catalan capital in the late 1980s. Corsican by birth, he found Barcelona’s relaxed Mediterranean vibe more to his liking than Paris and soon realized it was where he wanted to set up home.

He takes up the story: “I grew up in Paris and I studied at EU in Versailles. I decided to move down to the Barcelona campus after a friend made the same move.

“At EU I met so many people. International people, entrepreneurs. Most of my friends from EU are living abroad, some in the U.S., some in Europe, but I’ve kept some very good friends. That environment was very stimulating.” 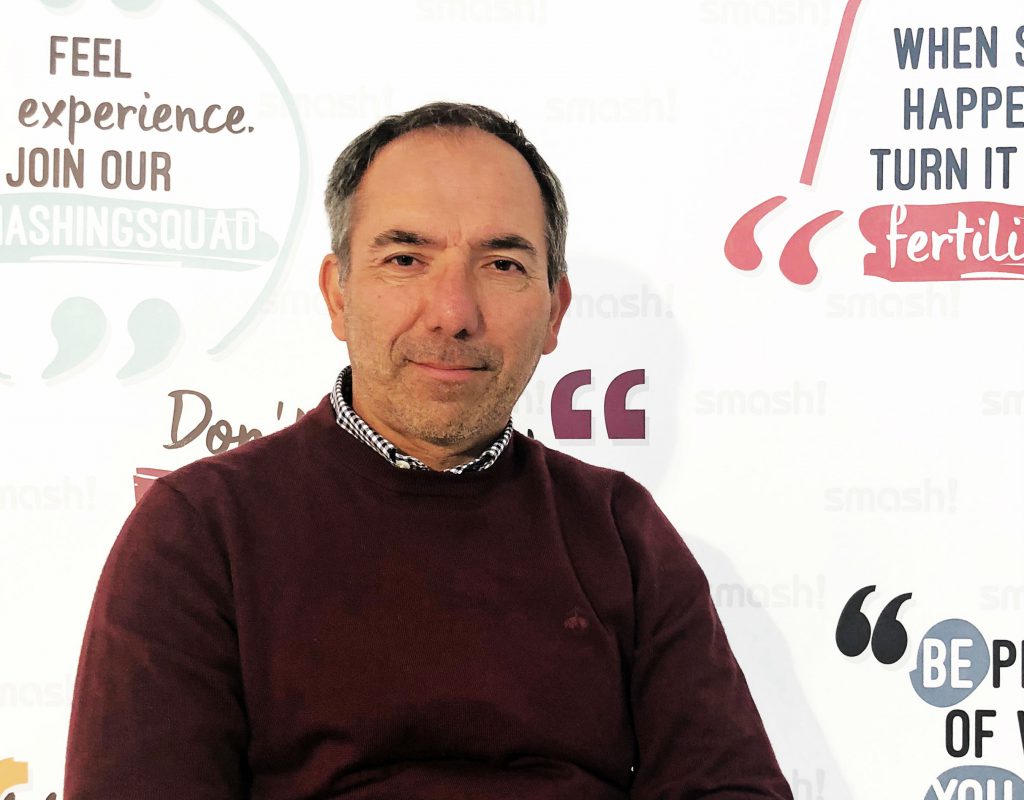 Philippe has stayed in Barcelona ever since and has now clocked up more than 30 years in the city. But his career trajectory hasn’t been so straightforward.

After 11 years with W.L. Gore & Associates, the materials science business which makes Gore-tex fabric, he veered into the travel industry with Viajes Iberia, before returning to the apparel world by taking senior roles first at VF Corporation – the company behind brands such as Wrangler, Timberland and Vanity Fair – and then at curtain manufacturer Bandalux.

In 2010, he returned to the fashion industry as general manager of Smash, a womenswear company which had been born in Holland but moved to Barcelona six years earlier. The business has enjoyed a period of sustained growth under his leadership; Smash now has a foothold in more than 40 countries, with several concessions including Spanish giant El Corte Inglés.

Philippe says that, “when I arrived it was what we call a pronto business, which means that you buy the product and sell rapidly, with very little design.

“We turned it into a pre-selling business, which means you design the product, you sell it and you manufacture it. You have a lot more influence on the brand.

“Wholesale and online are key focuses of the business. We are selling 30% of our business in Spain and 70% abroad, which shows the influence of these channels. The market is changing very fast between offline and online, so we are very reactive.

“We are developing partnerships focusing on marketplaces, like Amazon and the bespoke Corte Inglés marketplaces. We try to be strong there and in the department stores, and in our wholesale business.” 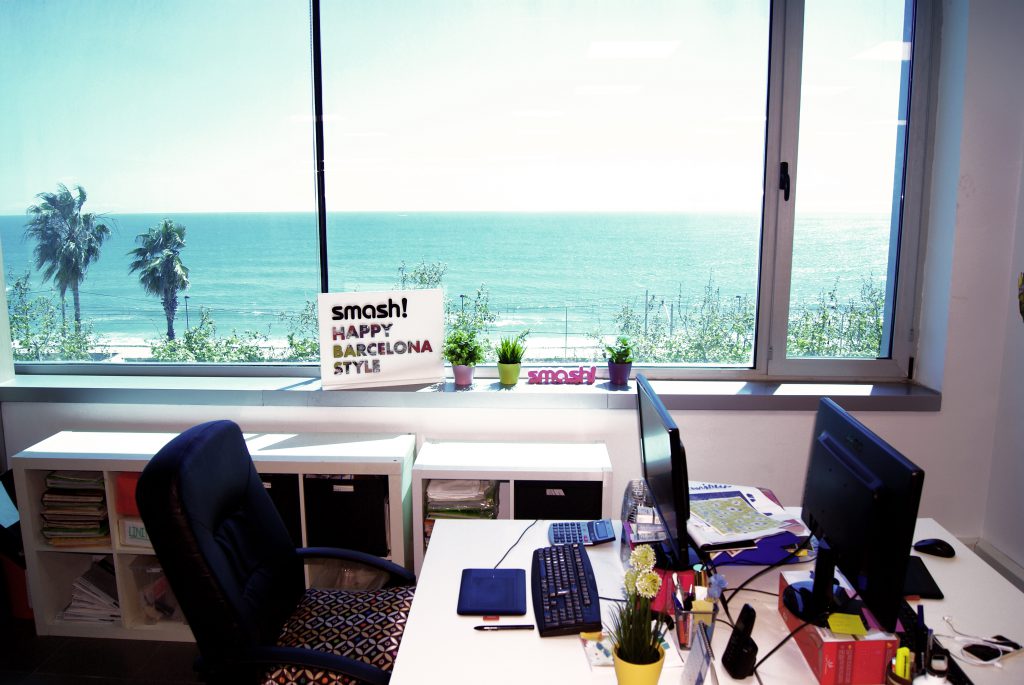 Smash’s Barcelona office, with the backdrop of the Mediterranean

While the streetwear styles of Amsterdam continue to inform the brand’s outlook, Philippe says “the Barcelona flair – the sun, the sea, the Mediterranean – has made Smash what it is today.”

The pull of Barcelona has also been a crucial factor in recruiting top talent. “We are about 80 people,” Philippe says, “and most of the people are coming from abroad. They have all decided to live in Barcelona and the lifestyle is a big factor. There is no better place to live.

“We are right in front of the sea, close to the railway station, so there is no better spot. The beach is great, we have spectacular views.”

The company’s slogan is Happy Barcelona Style, and Philippe says that “this is our baseline. The slogan sums us up.

“It’s happy because the company has a lot to do with the company where I started, Gore, where there is no hierarchy and a very human environment. This is something I have been using my whole career and something I’m using at Smash.

“It’s a very cool company to work for. It’s Barcelona because we all chose to live here. It’s style because we love fashion.”

Asked what advice he would give today’s batch of EU students, Philippe says “to remain open, to stay flexible, to be ready for change. Not to take anything for granted. To be eager to learn new things.”

It’s advice that Philippe has followed closely throughout his career, and which looks likely to shape the next stage of his remarkable fashion odyssey.

Why does a Human Resources function need to be included in a start-up, from the ...
By EU Business School
September 15, 2022