Whether or not video games are good for you probably isn’t the first question on your mind when you’re trying to take out another player in WarZone or jumping over brightly coloured obstacles in Fall Guys. Nonetheless, video games have been a contentious subject ever since their introduction to the world. What’s clear is that the violent content of many action-based games continues to concern people worldwide.

Thankfully, the discourse around video games has come a long way since the nineties. Today, the average gamer is thirty-five, and it’s estimated that over two and a half million people across the world play video games – a number that’s expected to increase in the future as gaming becomes more advanced, varied and mainstream.

In this article, you will learn what trusted research says about the health and social benefits of video games and how they might be affecting your life.

Focus is essential for success in the workplace and as a student. Research published in Frontiers in Human Science shows that just one hour of gaming per day positively affects cognitive abilities, particularly in visual selective activity, which is the brain’s ability to manage visual information and block out distractions.

For regular video game players, it is probably no surprise that playing video games can also improve reading skills. Not only is there plenty of on-screen text, but many games also include letters and other material that players can read as they progress through any given video game.

The National Literacy Trust surveyed children in the UK and found that seventy-nine percent of children who play video games also read content related to the game, while thirty-five percent reported that gaming was beneficial to their reading skills.

A study published in Scientific Reports suggests that action video games can positively affect dyslexia; particularly with regards to word reading and phonological decoding speeds; with no loss of accuracy.

Empathy is a valuable tool for understanding others. It’s a cornerstone of emotional intelligence that is also, according to research published in the Journal of Vocational Behavior, an important part of the skill set for career success.

So then, how do video games affect this important trait? Here it is important to note that there are many different genres of video games – a Disney movie isn’t the same as a Tarantino one, for example, and thus, it is all the more necessary to distinguish between different types of games, and the characters involved, to understand how our empathy is affected.

Video games with complex, immersive stories and well-defined characters give players a compelling experience and an opportunity to be someone else. In the study by The National Literacy Trust cited above, sixty-five percent of the respondents felt that playing video games helped them imagine what it was like to be somebody else, which is the first step to empathy.

Relationships contribute significantly to mental wellbeing and happiness. Playing video games socially is an excellent way to spend time with friends and connect with people across the globe. Crucially, there are often cooperative elements to games that help gamers improve their team-building skills and learn how to support one another effectively to complete or indeed win the game.

Leadership skills can also be developed through gaming. Research shows that gamers are specifically influenced by character types being played. One study, published by scientists at the St. Petersburg University of Cinema and Television, also demonstrates that tenacity, group management and organizational skills are all positively affected.

However, there is a flip side to the positive social effects of gaming. Studies of video game addiction show people with lower social skills are disproportionately affected, although the distinction between cause and causality is very much open to debate.

Gaming Can Improve Your Vision

Parental threats of developing square eyes from staring at the television for too long are now well and truly debunked. Research into video games and vision has shown that players’ eyes benefit from video game activity. It is even possible that doctors might prescribe video games in the future to aid in eye recovery.

Action games were found to be the best for eyesight improvement, most likely due to the fast-paced environments that players must keenly analyze.

Video game researcher and developer Jane McGonigal, talking in her widely-watched Ted presentation, stated that video game players were out-of-the-box thinkers due to their experience of constantly failing in the pursuit of winning.

A study in the Journal of Educational Computing Research shows that video gaming experiences reflect real-life problem-solving approaches, thus offering players a chance to analyze their approaches and develop them in a safe manner. Similar studies also indicate that gamers benefit from an increase in brain grey matter. Therefore, it is not at all too surprising then that planning, organizing and flexible thinking can all be improved by gaming.

Several video games have been designed with mental health in mind. In 2013, the game SPARX was created to help teenagers with mild to moderate depression and anxiety. An important question though: what about regular games that are played for fun? A study in Frontiers in Psychology suggested that playing video games can potentially enhance life satisfaction and improve mental wellbeing.

When people play video games, they often become deeply engrossed and enter a rejuvenative flow state. Furthermore, as has already been pointed out, games provide an opportunity for players to connect with friends and improve their communication skills, both of which are important in terms of overall general wellbeing. All of these elements combined lead to improved mood, higher self-esteem and stress reduction.

In moderation, video games aren’t dangerous vices or lazy indulgences and most early critics have since been proven wrong.

Although it is important to be mindful of your relationship to gaming, studies are proving that video games can be of immense practical benefit. They can be used to improve skills that are not only useful at school and in the workforce, but also in wider society. 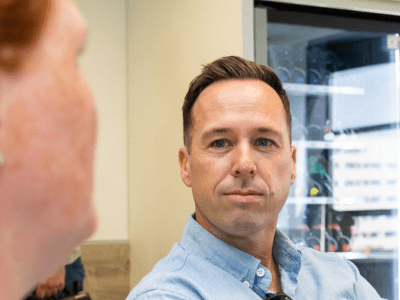