The Christmas period has always been a time of increased retail spending, as people go out to pick up gifts for their loved ones. In recent years, however, the introduction of big shopping holidays has changed the way consumers buy. The rise of online shopping has led to a decline in the high street, and Black Friday, Cyber Monday and Singles Day have started smashing sales records.

Is Black Friday Becoming More Important Than Christmas to Retailers?

Traditionally Christmas was the biggest shopping event for retailers. However, Black Friday has rapidly taken over the top spot, and now 30 percent of retailers in the U.S.A. and 42 percent in the U.K. consider Black Friday to be more important than the immediate Christmas shopping period.

Black Friday, originating in the U.S.A. as a big day of sales after Thanksgiving, has begun its transformation process. What was originally a single day of sales has now expanded to a whole weekend, and the introduction of Cyber Monday has added online deals. Amazon was instrumental in its spread to other countries, introducing Amazon Black Friday Deals to the U.K. in 2010. Now it’s becoming a global phenomenon.

Retailers perceive Black Friday and Cyber Monday as offering better deals, as the buzz around them is more concentrated, as opposed to the extended slow burn of the run-up to Christmas. This also accounts for impulse buying, where people want to snatch up deals while they can.

Black Friday is fast becoming the new Christmas for electrical retailers, with a sixth of all Black Friday sales coming from smartphone purchases alone. Another big trend noted in 2018 is clothes shopping, suggesting that people are often making purchases for themselves. 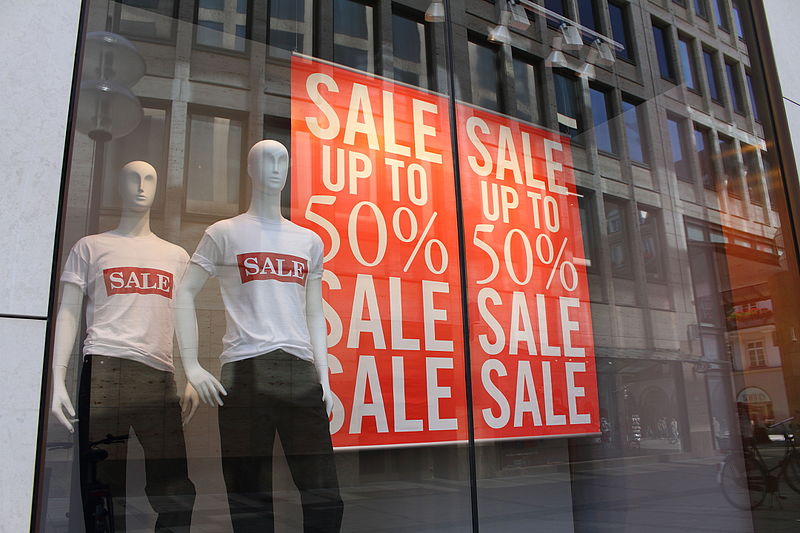 While Singles Day is less well known in the West, this consumer holiday is huge and getting bigger, smashing even its own sales records year on year. It began in China in the 1990s as a day for single people to treat themselves to a gift. In fact, the reason it falls on 11.11, or ‘double eleven’ as it is known, is because the date looks like ‘bare branches’, a Chinese expression for the single and unattached.

Jack Ma, founder of Alibaba, the Chinese e-retail giant and one of the largest online companies in the world, saw an opportunity to commercialize. The holiday was adopted in 2009 and subsequently trademarked, and Singles Day turned from a holiday for single people to a gift-buying event for friends and family, expanding the commercial potential endlessly.

Alibaba Singles Day stands out in particular for the stunning speed of sales. This year, an estimated one billion dollars’ worth of sales took place in a single hour.

The Success of Singles Day

Narrowing in on their target market perfectly has helped make Singles Day such a success. Whereas Black Friday is only about getting good deals, Singles Day has become a celebration aimed at the ever-growing Chinese middle classes. Chinese consumers, especially young adults, are becoming more confident and stable in their careers, enabling them to spend more.

Indeed, the celebration of Singles Day has become just as important as the shopping itself. With huge star-studded countdown galas taking place (Mariah Carey and Miranda Kerr were among the guests in 2018), the spectacle has become one of China’s most eagerly anticipated annual events.

Singles Day is aiming for global domination. Lazada, owned by the Alibaba Group, is bringing the holiday to Southeast Asia, and U.K. brands TopShop, Marks and Spencer’s and Waitrose, among others, offered deals on Alibaba this year. Brands like H&M, American Apparel and L’Occitane even offered their own Singles Day discounts online worldwide.

As detailed in the graph below from Google trends, worldwide searches for Singles Day have been on the rise.

Is Black Friday on the Decline?

Media reports that Black Friday bargains are not as advantageous as they look have tarnished the luster of the shopping holiday. Many of the best deals are available before the day itself, because businesses vie with each other by offering deals throughout the weeks leading up to Black Friday.

However, the assessment that Black Friday is losing steam is perhaps unfair. Growth may have slowed by about 9 percent, there has still been an overall increase in sales. The fact that sales are increasingly being spread over a longer period as well perhaps distorts the figures; while a single day of sales over the Amazon Black Friday weekend amounts to only 6 billion dollars, the total over the whole weekend amounts to 14.05 billion dollars.

Online spending, as expected, continues to grow during these events. Traditionally Black Friday is for in-store sales, and the more recent Cyber Monday is for online events. The upward trend in online shopping means online sales have been steadily increasing year on year. Online sales for American web retailers increased 23 per cent on last year, due in part to businesses now offering online sales over the whole Black Friday weekend.

As Singles Day is primarily run by an online brand, Alibaba, it follows that the vast majority of sales happen online. However, Alibaba Group CEO, Daniel Zhang, has stated that this year’s shopping festival has shown how his company’s concept of ‘New Retail’ has taken off.

This is a new generation combination of e-commerce, stores, and logistics. Alibaba’s brick-and-mortar partners did their part to help with the record sales figure through new and innovative digitization of physical stores. This includes use of augmented reality and artificial intelligence for smart shopping, to enhance the in-person shopping experience. With an increasing trend towards a service economy, buyers are now looking for a personalized service which these innovations are able to deliver.

Who will win the retail war?

Black Friday and Cyber Monday continue to smash records in the U.S.A., with daily sales reaching US$7 billion. But it is still no match for the buying power of Alibaba Singles Day, which broke the US$30 billion mark in a single day.

Although many famous high street brands were forced to close during the financial crisis, sales for both shopping holidays have continued to increase year on year, and statistics show that it is mostly young people buying.

Some believe that Singles Day is winning the retail war in terms of sales, but the event still primarily targets Chinese consumers. Global expansion is underway, but Chinese Singles Day faces specific problems: the November 11 is marked as Remembrance Day in several European countries, for example, and the American market already oversaturated with shopping holidays.

At least for now, it seems clear that the two holidays are targeting different markets.

Studies show that 71% of millennials in the USA would rather go to the dentist ...
By EU Business School
December 9, 2021