March 1st marked the beginning of Women’s History Month, a period of thirty-one days dedicated to celebrating the achievements of courageous, pioneering and dynamic women throughout history.

Despite the array of challenges still faced by women working in the corporate world, many female entrepreneurs have launched highly successful companies. And although only thirty-seven of Fortune 500 CEOs are women – 7.4% according to figures published in 2020 – that number is expected to continue growing.

In this post, we’re going to look at seven inspiring examples of female CEOs and founders that have launched companies geared specifically at helping women.

Katrina Lake is the founder and CEO of Stitch Fix, an online personal styling website that caters primarily to the US market. The service provides customers with the opportunity to receive personalized clothing suggestions based on their size, budget, and style preferences. Stitch Fix delivers a highly-tailored, custom service for a fraction of the price it would otherwise cost by leveraging advanced computer algorithms combined with human inputs from professional stylists.

The company’s CEO, Katrina Lake, started out catering exclusively to women, but has since expanded her business and now offers men’s and children’s clothing. In 2018, Stitch Fix generated over $1 billion in sales. The previous year, Katrina Lake was named one of America’s richest self-made women.

Colette Courtion, who was ranked as one of Seattle’s top businesswomen by the Puget Sound Business Journal, started the company after experiencing issues with her own intimate health after the birth of her child. Today, the company serves a global market of women and continues to develop life-changing femtech products.

Meghan Markle needs no introduction. Along with her husband, Prince Harry, she is instantly recognizable as one of the most famous women on the planet. But the story of her non-profit foundation, Archewell, and its work to support women’s causes is often lost amid the constant flurry of sensationalist newspaper headlines.

Archewell, which was founded only recently, is already providing support to several organizations and charities focused on women’s issues, including The Loveland Foundation, which provides mental health services to black women and girls. Archewell Audio, which has quickly become one of Spotify’s most popular podcasts, also regularly features discussions with female business, spiritual, and political leaders.

When she started Maven Clinic, Katherine Ryder had one overarching mission: to provide accessible, digital care to mothers at an affordable cost. Maven Clinic is a healthcare company that offers a suite of family care services mainly aimed at pregnant women, encompassing all the stages of childbirth from preconception to maternity and even broader pediatric care.

Since its founding, Maven Clinic has served over five million families across 175 countries. The Maven Foundation, founded alongside the main company in 2015, also works with charities to provide free digital healthcare services to families in need.

Whitney Wolfe Herd is the founder of Bumble, a company best-known for its social and dating app. Whitney Wolfe Herd was included in Business Insider’s 30 Most Important Women Under 30 In Tech in 2014, and Bumble is currently valued at over $1 billion.

Originally conceived as a female-focused dating app, women must make the first move when messaging new matches, giving them greater control over exactly who they want to talk to. Bumble, which has since expanded its lineup to include business networking and social apps, also has a zero-tolerance policy on sexual harassment.

Sara Blakeley launched Spanx from her apartment in 2000, investing $5000 in savings and initially undertaking all of the company’s operations herself. Since then, it has grown into one of the world’s most recognizable clothing brands. And to this day, the multi-billion dollar company still specializes in pantyhose and underwear designed to complement women’s natural shapes and overcome the problem of undergarment lines visible through tight-fitting clothing.

Sara Blakely’s story is a wonderful example of how a single person, armed with only an idea and the drive to turn it into a reality, can build a successful, global company that positively impacts millions of women’s lives.

Lea Von Bidder’s company Ava provides women with fertility-tracking bracelets to track their reproductive cycles and improve the chances of a successful pregnancy. Lea Von Bidder has pioneered the use of artificial intelligence in combination with clinical research as a means of helping women better understand and manage the journey of conception.

Since its founding in 2014, Ava has won numerous awards, coming first place in the Swiss Startup Award rankings in 2017. In August 2017, the first “Ava baby” was born. To date, the Ava tracking bracelet has helped with over 30,000 pregnancies.

Do You Want to Use Your Passion for Business to Make a Meaningful Difference?

If you have felt inspired by the stories of the female entrepreneurs featured in this post, you may want to consider pursuing a career in business, perhaps working for a large mission-based enterprise, or at the head of your own startup. As the world emerges from the worst pandemic in a century, the need for dynamic, committed business leaders is greater than ever.

EU Business School offers a wide range of Bachelor’s, Master’s and MBA programs, including the Master in Innovation & Entrepreneurship and the MBA in Entrepreneurship. We also have campuses in several of Europe’s most prominent business hubs, including Geneva, Munich and Barcelona. 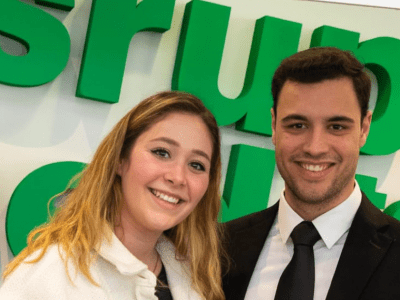 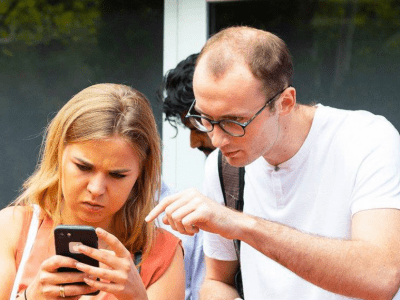 Everything You Need to Know About Impact Investing

The Global Impact Investing Network (GIIN) defines impact investments as “investments made with the intention ...
By EU Business School
April 25, 2022 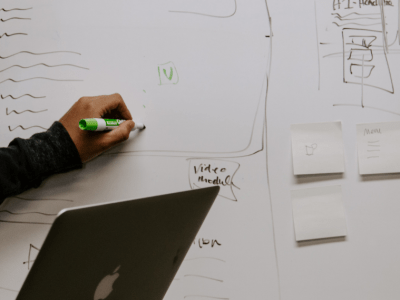 A Guide to SWOT Analysis for Digital Marketers

If you’re currently studying marketing, or preparing for a career in this field, you may ...
By EU Business School
April 7, 2022