The Cheshire Cat in Alice in Wonderland is often paraphrased as saying, “If you don’t know where you’re going, any road will take you there.” This is why people – both in business and in their personal lives – set goals: they want to choose the right path that will get them to where they want to go.

In this article we will look at the nature and process of goal setting. We’ll examine some of the reasons why many people don’t bother to set goals, or having done so, fail to achieve them. Then we’ll examine what a good goal looks like.

Is Goal Setting Worth the Effort?

Anecdotal evidence points to about 80% of people not even setting goals. Of the 20% who do, only one person out of every three achieves what they set out to accomplish. That’s a 6% success rate on goal setting, which raises a few questions.

Is goal setting worth the effort? The straight answer is “yes”– if it is done correctly and followed up by regular reviews. Businesses have been setting goals for themselves and their employees since psychologist Edwin Locke’s ground-breaking studies in the late 1960s. He was the one who first started thinking about the positive relationship between clearly identified goals and improved performance.

The most common reason for not achieving goals is a lack of self-belief. People fear that if they don’t achieve a goal, that they’re a failure and people will think badly of them. If they do achieve it, people will envy them. It’s a lose-lose situation.

Also, there is often a lack of real commitment to the goal, which then leads to a lack of activity. Conversely, overanalyzing the situation can bring us to the point of not taking any action at all. Failure to plan, setting goals that are too big or too small, and feelings of complacency (“I’m really quite happy where I am”) are other reasons why people don’t achieve their goals.

The Importance of Scaling

When it comes to goals, size and scale matters. The widely accepted mnemonic for good goal setting is “SMART”. Goals should be:

● A — Achievable/attainable and action-oriented

Goal size is implicit in the characteristics of ‘specific’ and ‘achievable’. Specific is the antithesis of vague, so instead of setting an undefined goal to “exercise more” – probably one of the most common new year’s resolutions – here’s an example of how a large, unspecified goal may be translated into a series of smaller, more achievable goals over the course of a year.

Say you have set a physical exercise goal of running a standard marathon (26 miles/42km) in six months’ time. This is not something you can do when you wake on the morning of the race. Setting a series of smaller goals, however, will get you there.

The one-week goal might be to register and run a parkrun (5km) in under 40 minutes. The one-month goal might consist of a set of mini-goals: join a running club, run the club’s 8km time trial every week, run a total of 25 km every week and a 10km race in under an hour by the end of the first month. The three-month goal might be to slowly increase your mileage to 50km a week, and then to enter and complete a half marathon.

Before you know it, it all seems achievable, and you’re ready for the marathon. The nature of good goal-setting, then, is to start small and build a momentum of achievement.

How Do You Eat an Elephant?

One bite at a time, or so the saying goes. Taking the same approach can be helpful with goals. They often need to be broken down into bite-sized chunks, or else they can appear insurmountable and unachievable.

Smaller goals have shorter timelines. So, in the above example, our aspiring athlete is not confronted with the prospect of running 42 km in six months’ time. They are faced with running five km next week. That sounds much more doable.

Similarly, while companies typically set their performance appraisal timeline at one year, the annual performance goals are usually broken down into sub-tasks and short-term steps towards achieving the annual targets.

Achieving annual sales revenue of $500 million, for example, will require a long list of smaller goals that may include activities in product research and development, market analysis, recruiting people, training and developing them, expanding the customer base, marketing and promotional activities, and so much more. Multiple tiny goals, day-to-day, week-by-week.

Lifetime Goals vs. What to Do Tomorrow?

It has been said that we live in a ‘VUCA’ world that is volatile, uncertain, complex and ambiguous. Life’s changing pace makes it hard to plan for the next week, let alone five to ten years’ time. This is all the more reason why goal setting should be short-term and flexible, but within a context that plans for a longer-term outcome.

Often it is just the size of the goal that prevents us from starting and achieving anything. The starting point may be to set smaller goals: not “to run a marathon”, but rather to “complete a parkrun”; not to make a five-year plan, but to create a to-do list for the upcoming week.

You never know where a few small steps might take you! 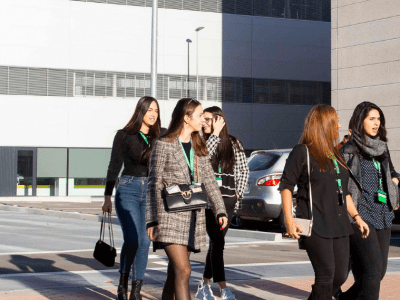 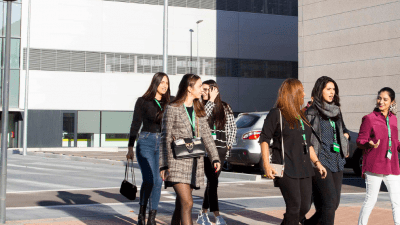