Five EU Business School lecturers and four students from our Swiss campuses are making an impact on sustainability, one of the greatest challenges of the 21st century. The Carbon Offset Initiative (COI), a company based on an EU Business School entrepreneurship course, was founded by EU lecturer Jean-Christophe Vautrin and former student, Vuk Bjelajac. The company aims to reduce carbon emissions in the shipping industry using blockchain and innovative, green technology.

Global economies have been depleting the planet’s limited resources and calling into question the planet’s future sustainability. Many governments have reacted by introducing stricter regulations for dealing with waste and enforcing these rules more emphatically. The implementation of these policies has spurred the development of new ways to process waste, but, as it is produced in ever greater quantities, it is proving difficult to monitor and track just how much waste is being processed.

Companies are gaining momentum finding greener solutions to sustainability problems. According to the We Mean Business coalition, implementing the Paris Agreement could potentially unlock about $13.5 trillion of economic activity in the energy sector alone by 2030. At Davos 2017, the Business & Sustainable Development Commission released its Better Business, Better World report, which says that at least $12 trillion a year (by 2030) could be linked to implementing the UN Sustainable Development Goals. Entrepreneurs and innovators are already reaping the rewards as publicly traded companies that turn to sustainability average 11.7% higher public returns than leading rivals.

EU faculty and students have responded to the challenges of sustainability by founding COI in 2018. Their two-pronged approach consists of first, tracking potential contaminants on ships using green technology, and second, supporting an afforestation project which both reduces carbon dioxide and produces alternatives to fossil fuels.

After identifying a set of problems in the shipping industry, COI set out to create a “smart, cheap, easy to use, decentralized and results-driven” solution that allow ship owners to minimize fuel loss and control fluids thus conforming to antipollution regulations.

They’re doing this by equipping vessels with automated devices that measure fuel, ship slop, oily water density, and consumption and emissions. This information is sent to data reception modules and then placed on blockchain “smart tracks”, like smart contracts, to digitize and track the origins and history of these potential contaminants. The introduction of these devices will increase productivity and eliminate cost-intensive shipping logs and other older technologies and will also ensure that companies do not face fines for not being socially responsible. From an environmental perspective, this would bring down carbon emissions and pollution.

Another part of COI’s carbon offsetting initiative is afforestation, where the goal is to sequester atmospheric carbon dioxide by storing it in wood. Urban Management, COI’s partner company in Serbia established in 2014, has already been planting Paulownia Hybrid Bellissia trees for several years. For example, in the last three years they have planted around 8,500 trees on 100,000 m2 of land.

The goal is to increase tree populations, preserve ecosystems and enlarge animal habitats. COI will plant some trees in order to capture the carbon dioxide, and others that are destined to be cut down for use in construction, synthetics and for converting to liquid biomass fuel to replace harmful fossil fuels. Trees can also be used as fuel in power plants that have their own carbon capture technology, further reducing emissions and producing new economies in developing regions.

Using green technology while growing and expanding a business should not be contradictory ambitions. In the end, ‘going green’ is getting the green light by business and governments the world over. We’re proud of our students and faculty helping us steer away from destroying the planet and improving the living conditions of millions of people.

EU Business School is running its own dedicated Blockchain Management course in Geneva, a global hub of the blockchain industry. Contact Svetlana Elinova at s.elinova@euruni.edu for more information. 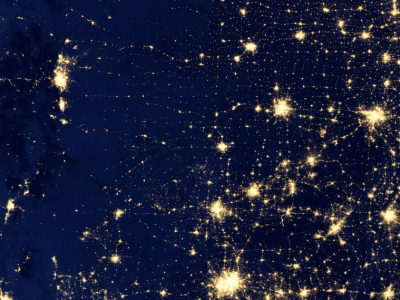 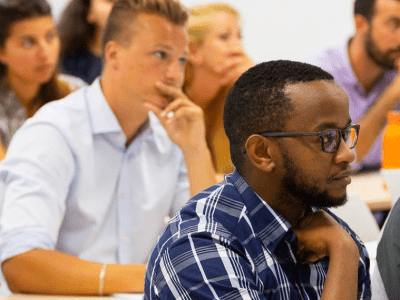 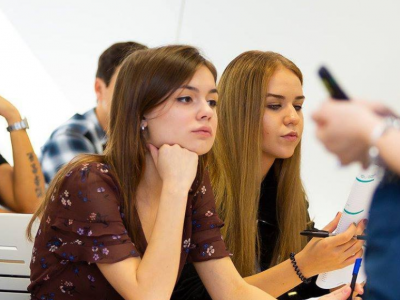